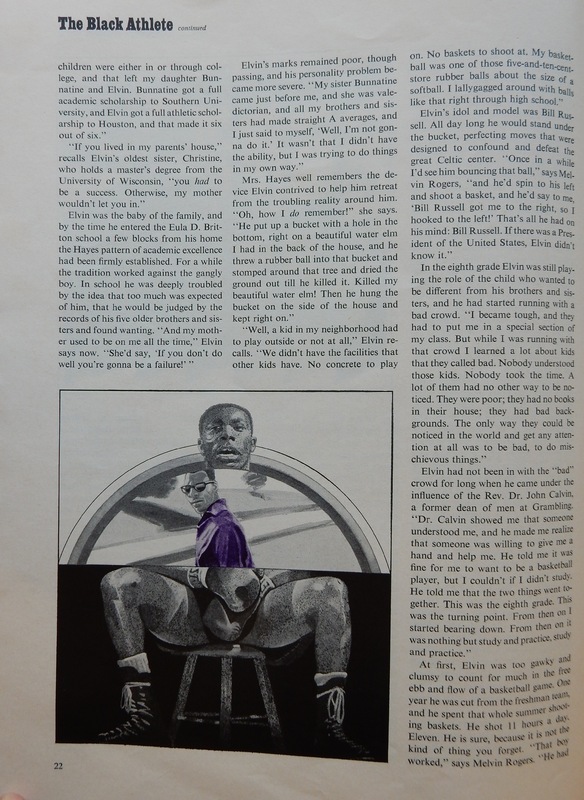 Olsen continues to cover the story of Elvin Hayes’, particularly his path to basketball stardom. Hayes’ recalls being less academically successful than his five older siblings, who all had college degrees and excelled in school. Hayes’ remembers trying “to do things in my own way,” which manifested in his playing basketball obsessively. Olsen notes Hayes’ fixation on Bill Russell, a superstar center for the Boston Celtics (as well as an outspoken athlete and public figure who discussed race relations in the US). A member of Hayes’ community says his obsession with Russell was so all-consuming that “if there was a president of the United States, Elvin didn’t know it.” This singular focus on sports proved fruitful for Hayes’, but it also illustrates Olsen’s notion that black youth are promised success through sports alone, and are often lacking in other skills or knowledge because of this all too often ‘meaningless dream’. Indeed, Hayes’ acknowledges that without a mentor who pushed him to pursue academics as much as sports, he would not have been worked hard in school.