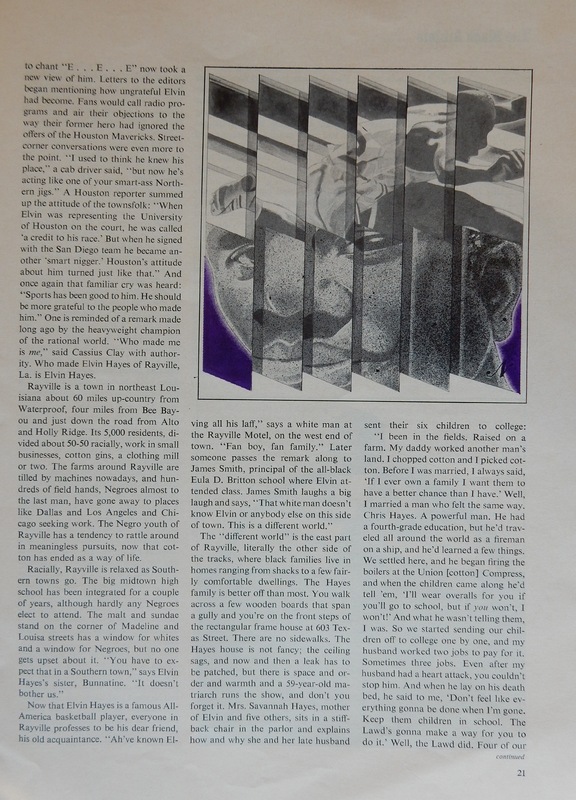 After establishing the reverence that Hayes’ commanded at the University of Houston, Olsen documents the instant change in the attitude of white Houston residents when Elvin Hayes’ signed with a Sand Diego pro team, rather than the Houston Mavericks. Hayes’ decision to leave Texas was regarded with vitriol, and one reporter noted that Hayes’ had gone from being regarded as a “credit to his race” to “just another smart ni**er.” Olsen revisits the notion that “sport has been good to the Negro,” noting how powerfully Houston fans reacted to their perception of Hayes’s ‘ungratefulness’ to the town that ‘made him.’ Olsen spends the remainder of the page providing biographical information about Elvin Hayes, who grew up in a Rayville, Louisiana. Olsen mentions that since Hayes’ rose to fame, everyone in the town claims to be a “dear friend”, even whites who never step foot in the black part of town. Olsen interviewed Hayes’ mother, and she explains her endeavor to send all six of her children to college so that they could “have a better chance” than she had.